In 2012, Turnhout in Belgium was the Cultural Capital of Flanders. Coinciding with this event was the completion of cultural centre De Warande, a pavilion with a public plaza covering an underground party hall, partly exposed by patios in the square. In order to spice up the life on this plaza, a competition was held to design the public furniture that would act as the physical backdrop of the cultural events of that year.

We wanted to react to the context of the Warande site above the underground party hall. In analogy with the voids that are cut out of the square, we framed a space rather then making individual pieces of furniture. This way, the square gets a central focal point for sitting in and around. The use of earth and grass, mounted into a hill, forms a poetic contrast to the hollowed out roofscape above the party hall.

The use of earth and grass, mounted into a hill, forms a poetic contrast to the hollowed out roofscape.

In contrast to a typical urban bench, SoftCore offers multiple functions within one single gesture. Different sitting and lying functions with various spatial, social and ergonomic qualities are integrated in one hybrid object. The undulating wooden edge offers space to individuals, who have privacy because they are facing outwards the object. The edge itself is ergonomically shaped to provide proper seating qualities. The hilly grass pitch inside the frame offers a more social space for  groups, who, because they are seated facing one another, are stimulated to socially interact. 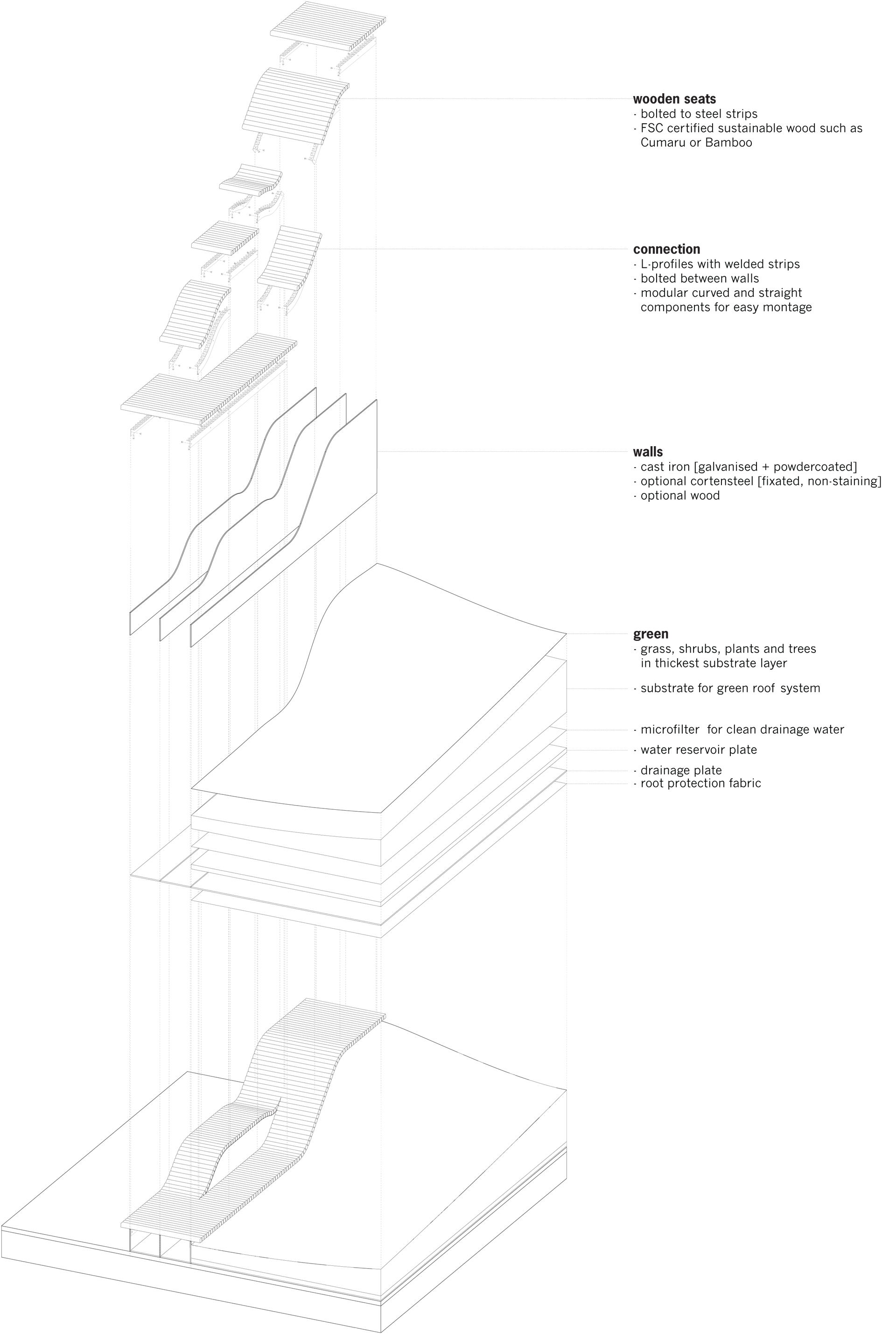 Different sitting and lying functions with various spatial, social and ergonomic qualities are integrated in one hybrid object. 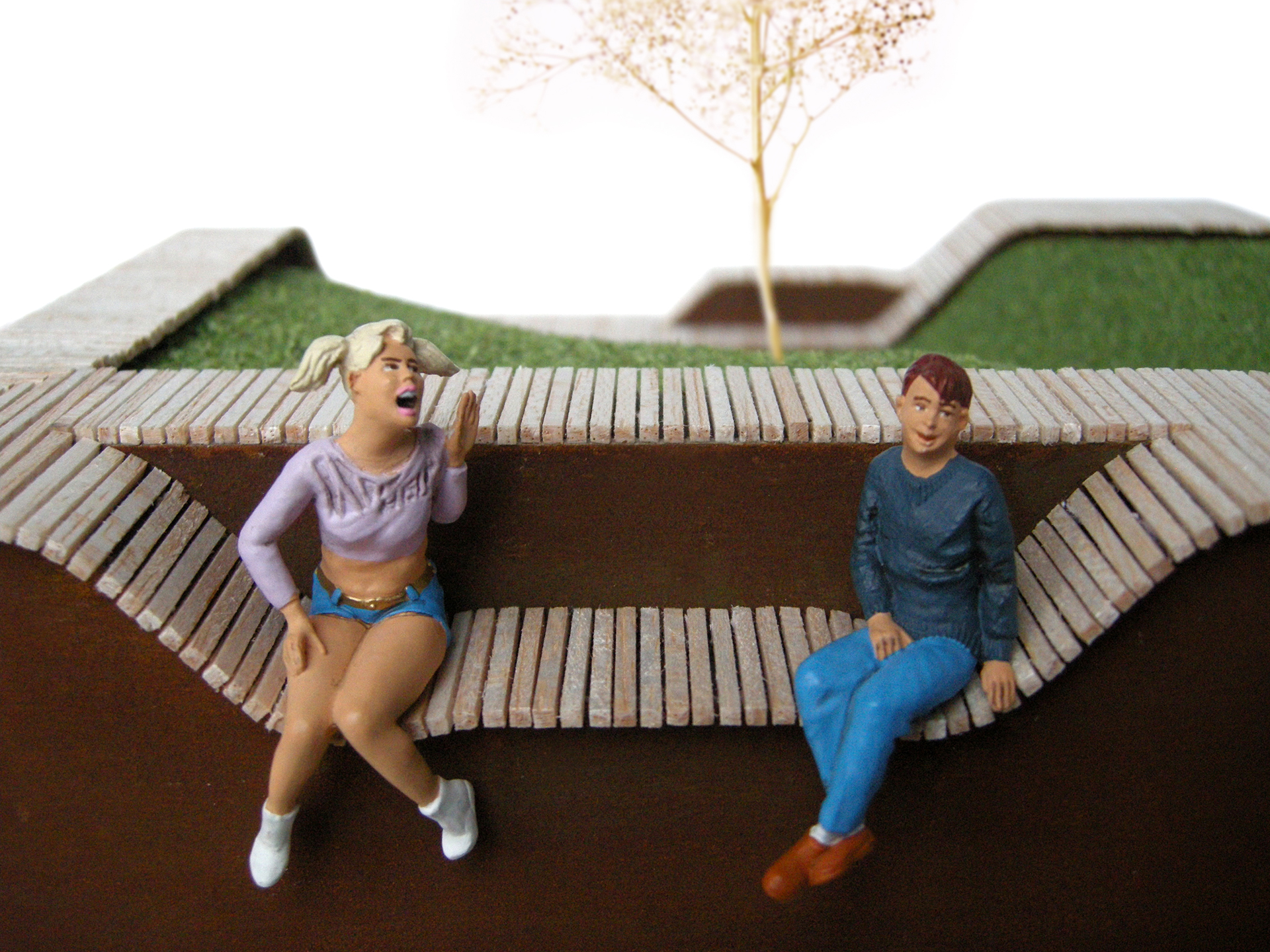 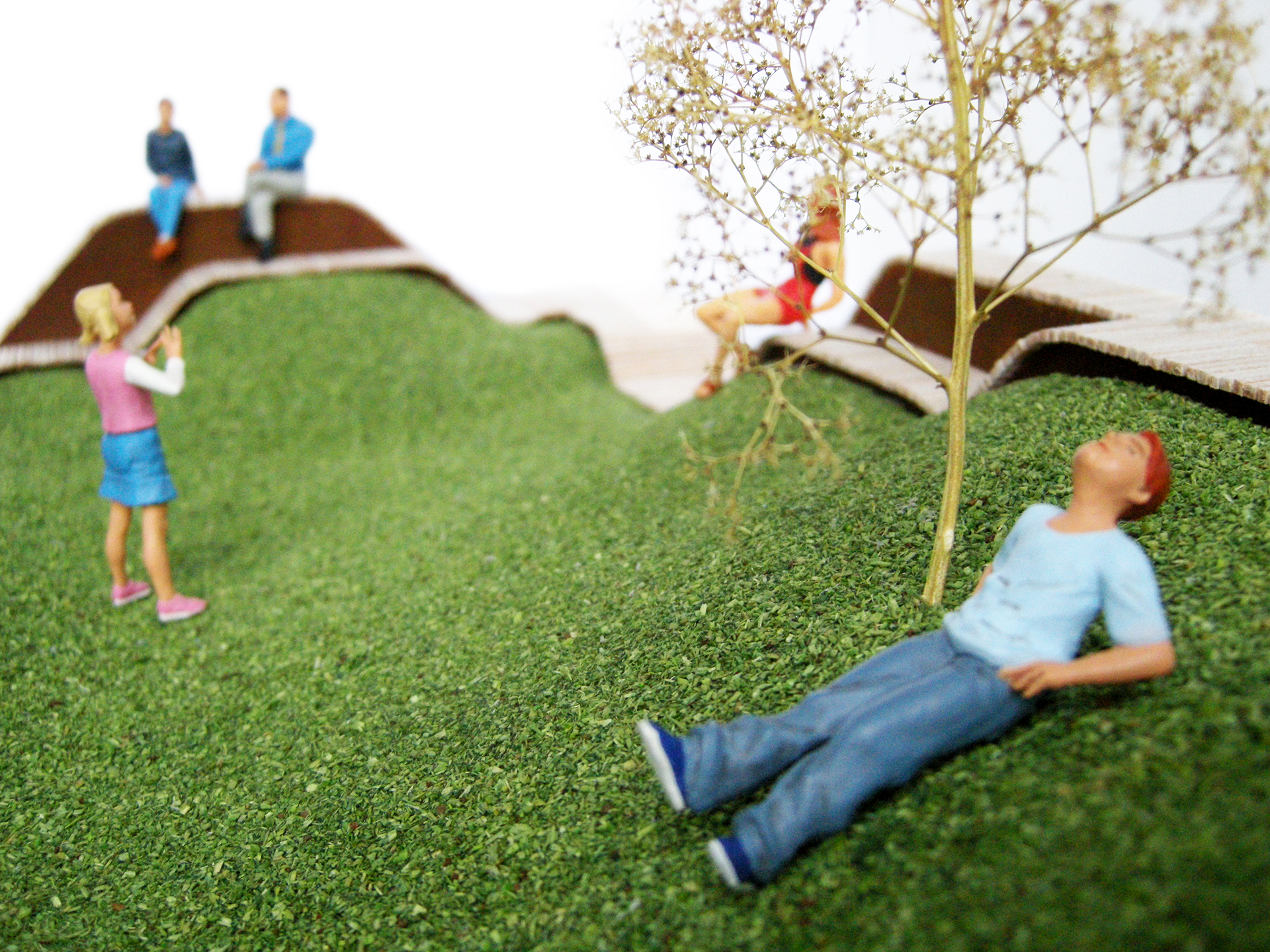 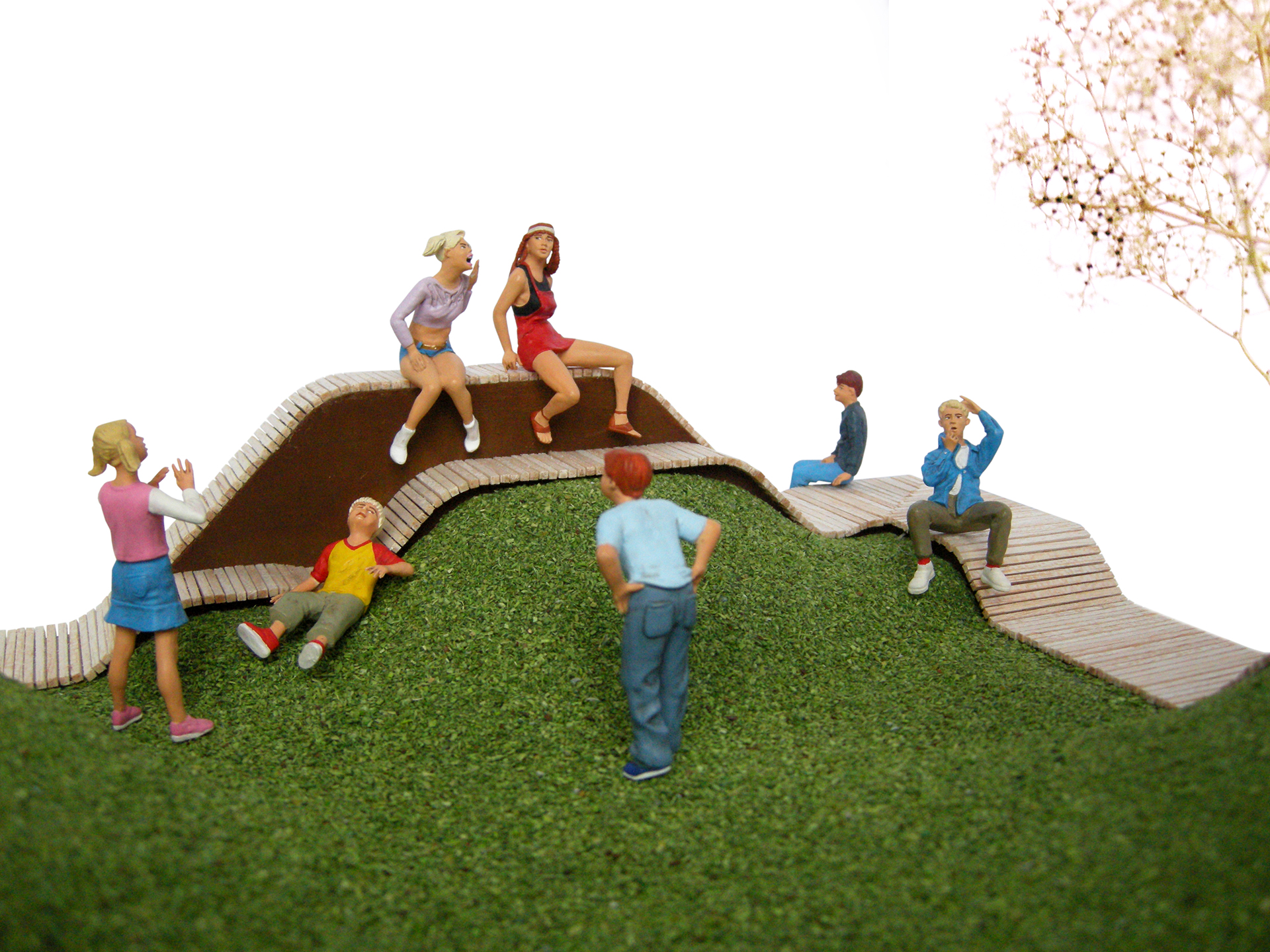 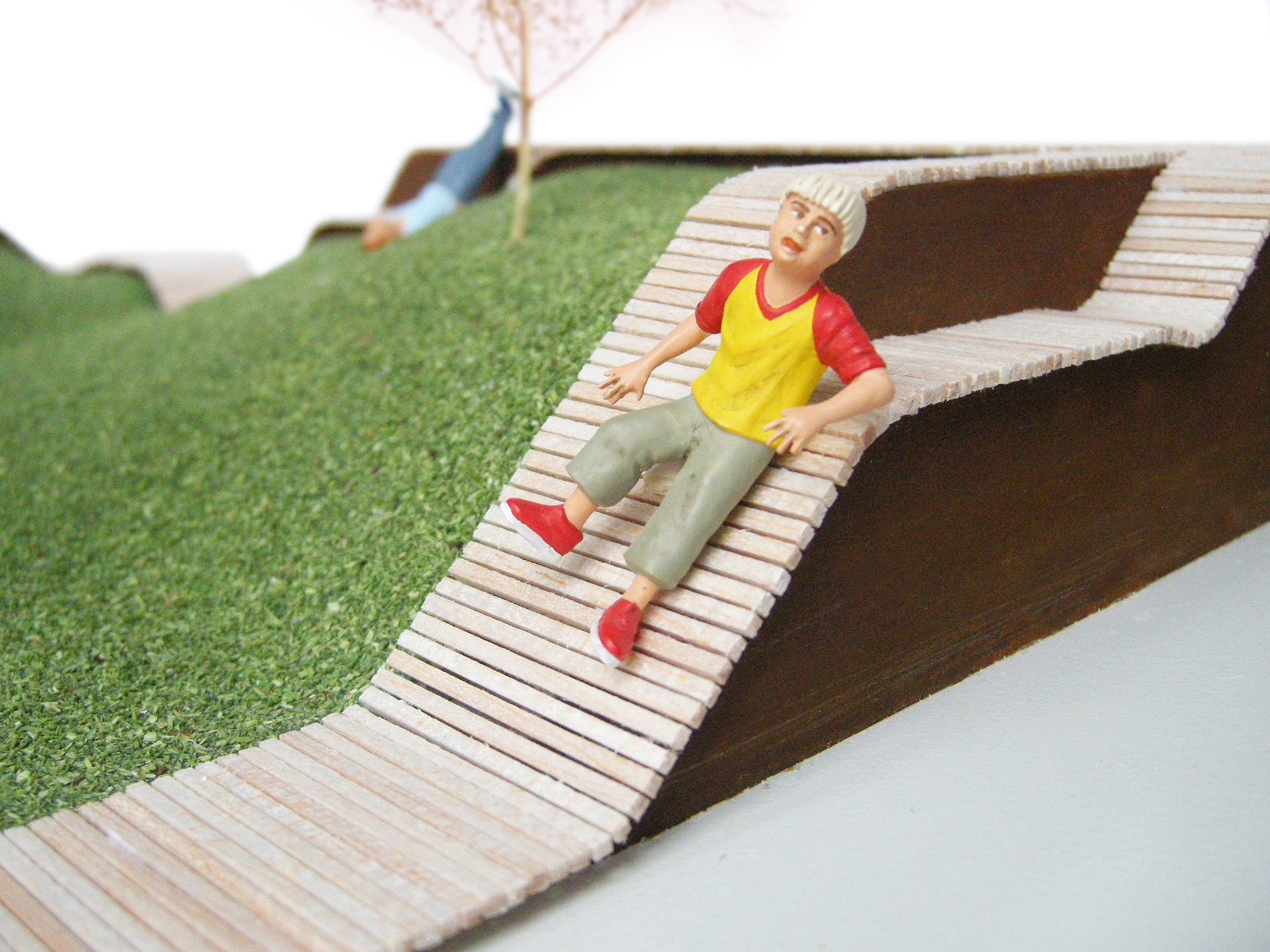 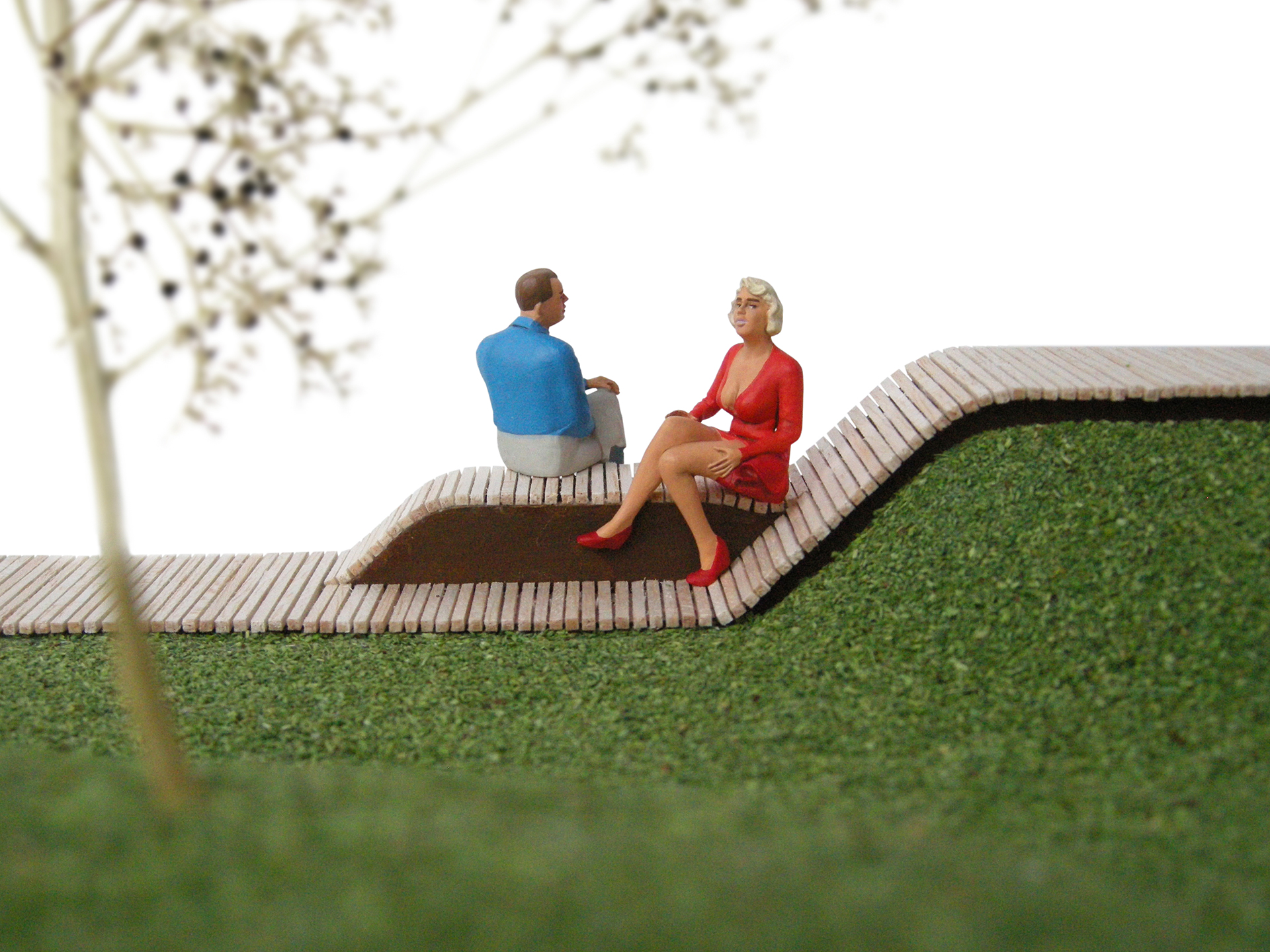 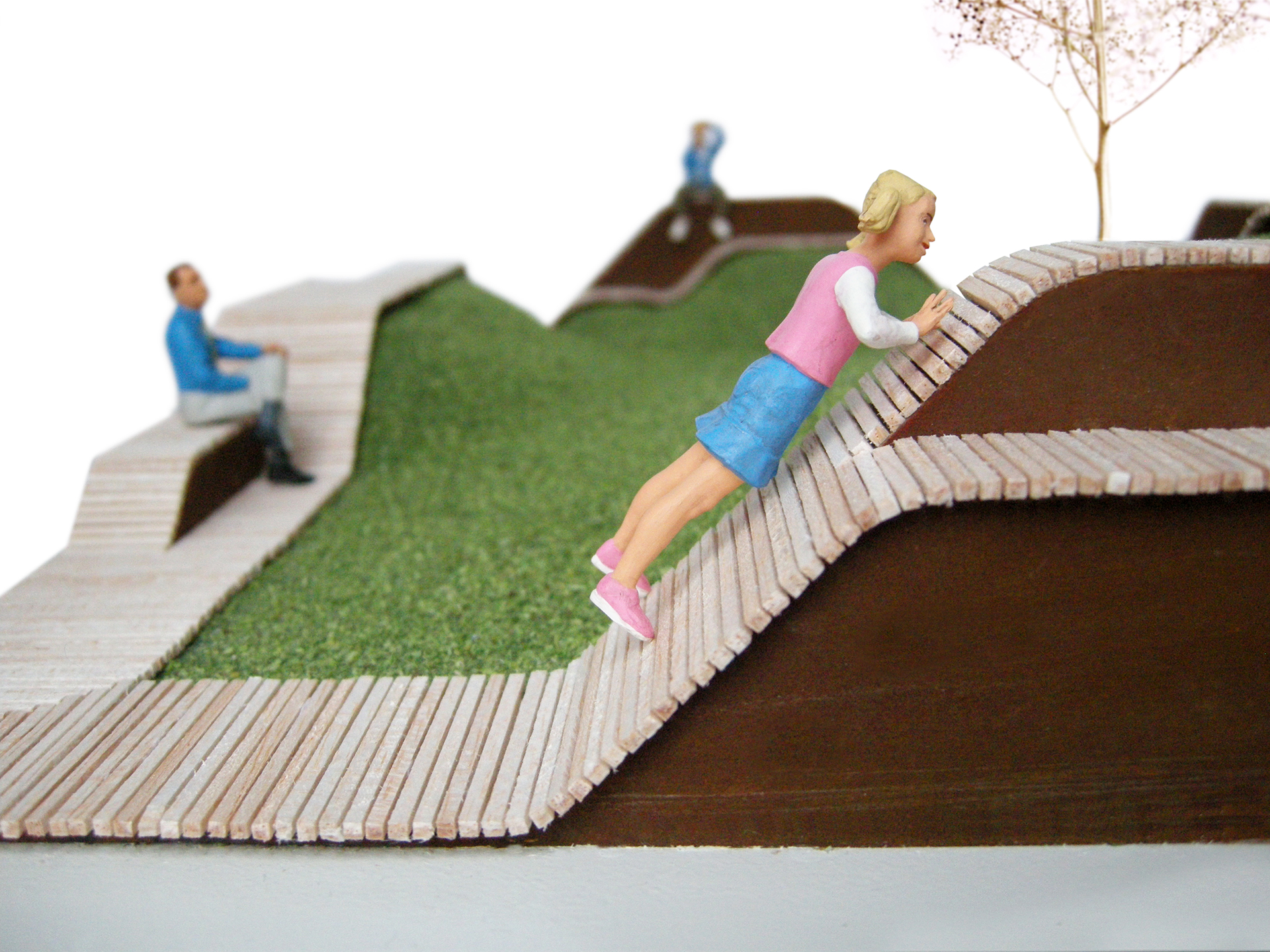 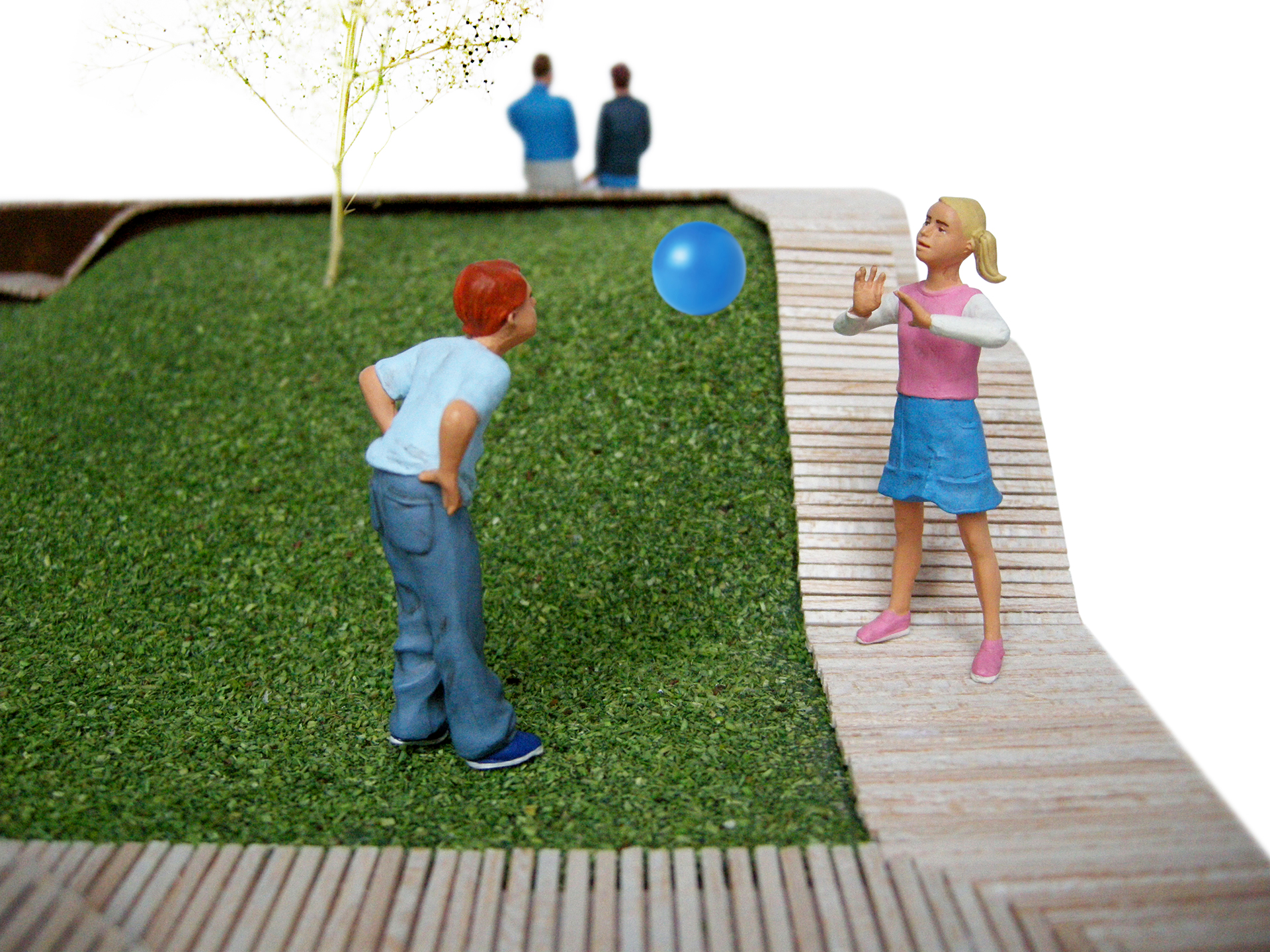 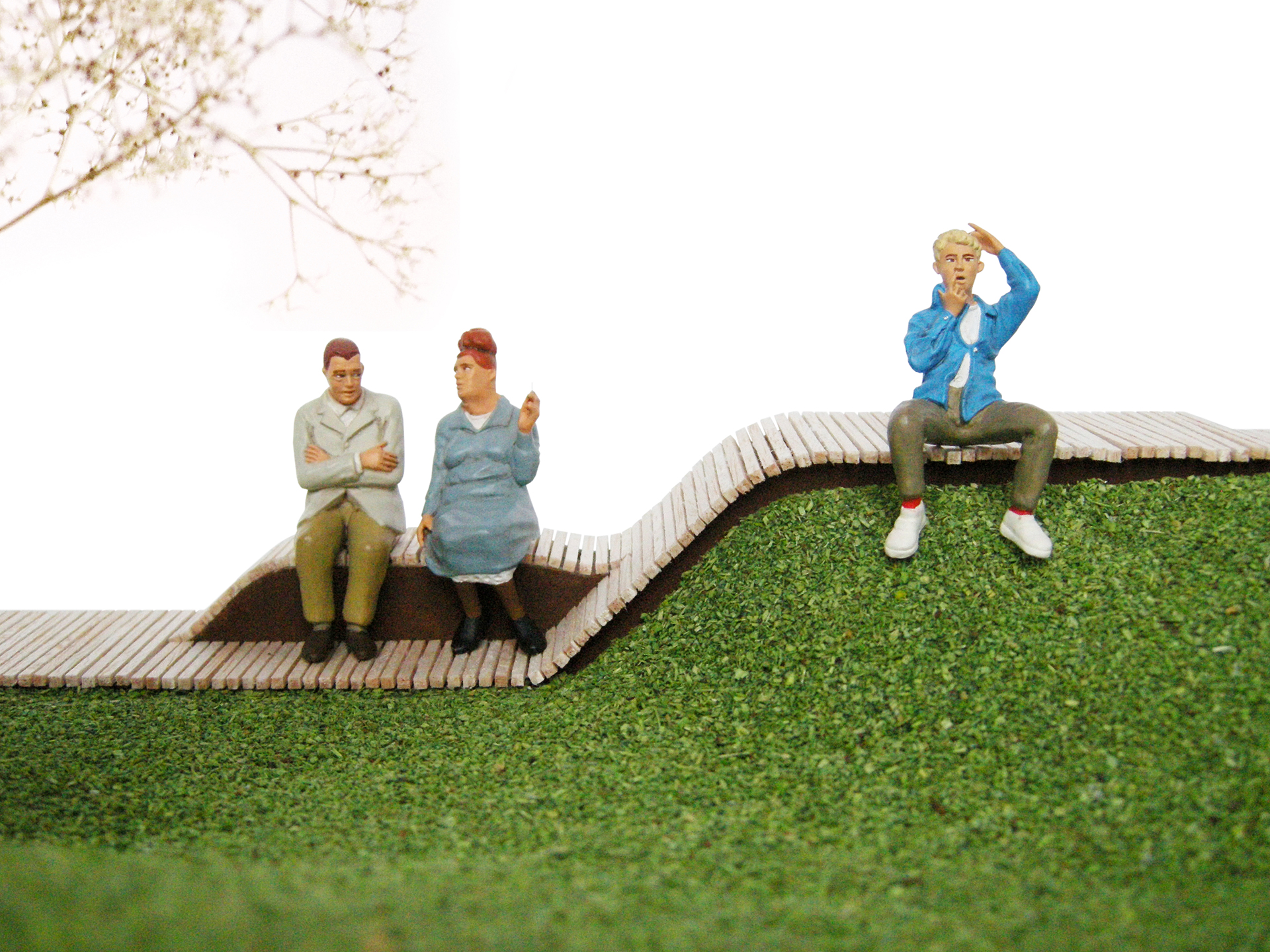 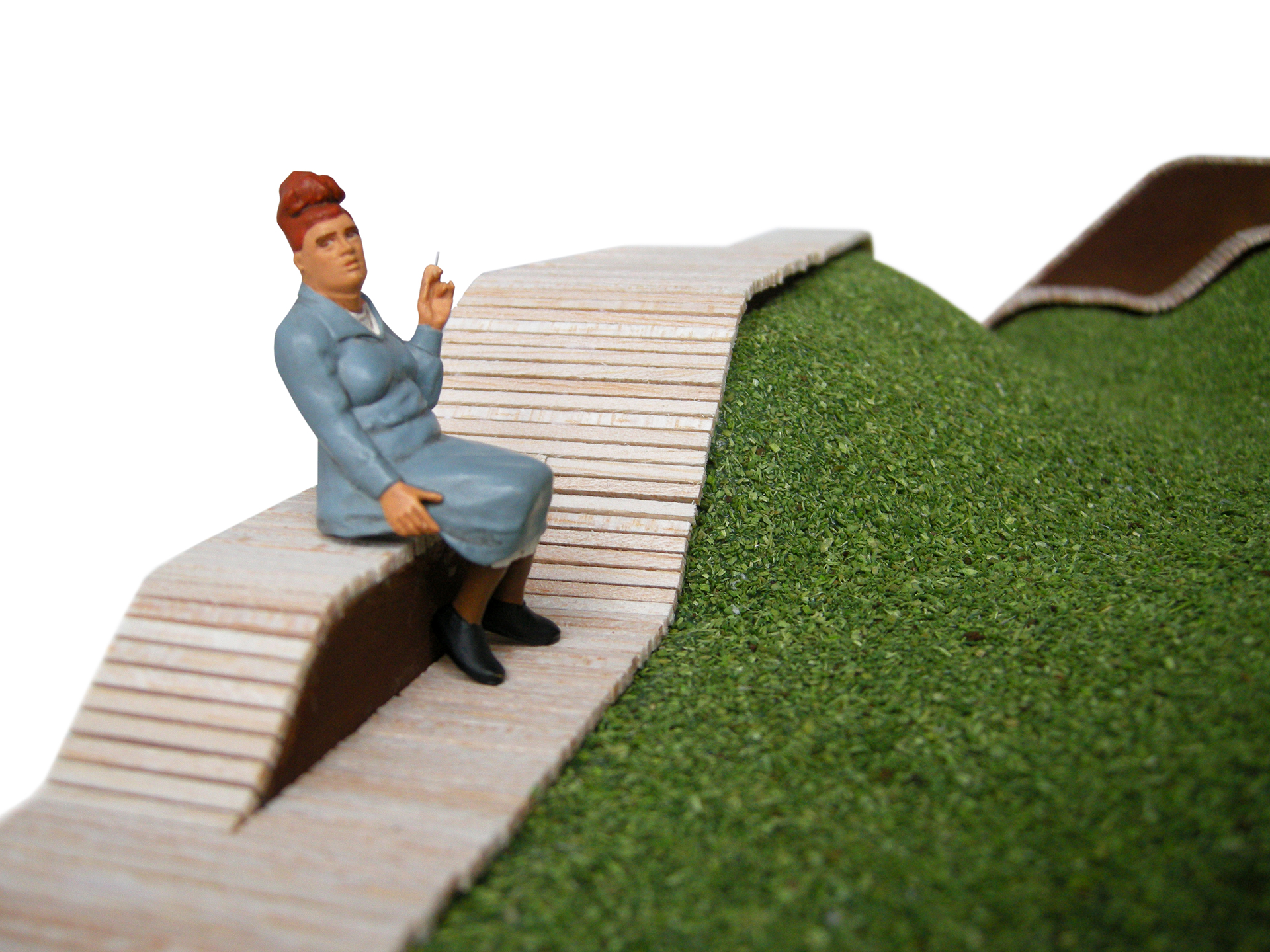 The green carpet touches down at strategical points, providing a logical routing through the object that reacts to the walking routes on the square. By integrating trash cans in the edges, one single object on the square provides all necessary functions and prevents the site from becoming messy with objects.

Our design got selected as one of the competition finalists and was exhibited at MasterMeubel in Turnhout, where people could get an idea of things to come looking at our scale 1 : 50 model while sitting on our scale 1 : 1 mockup. 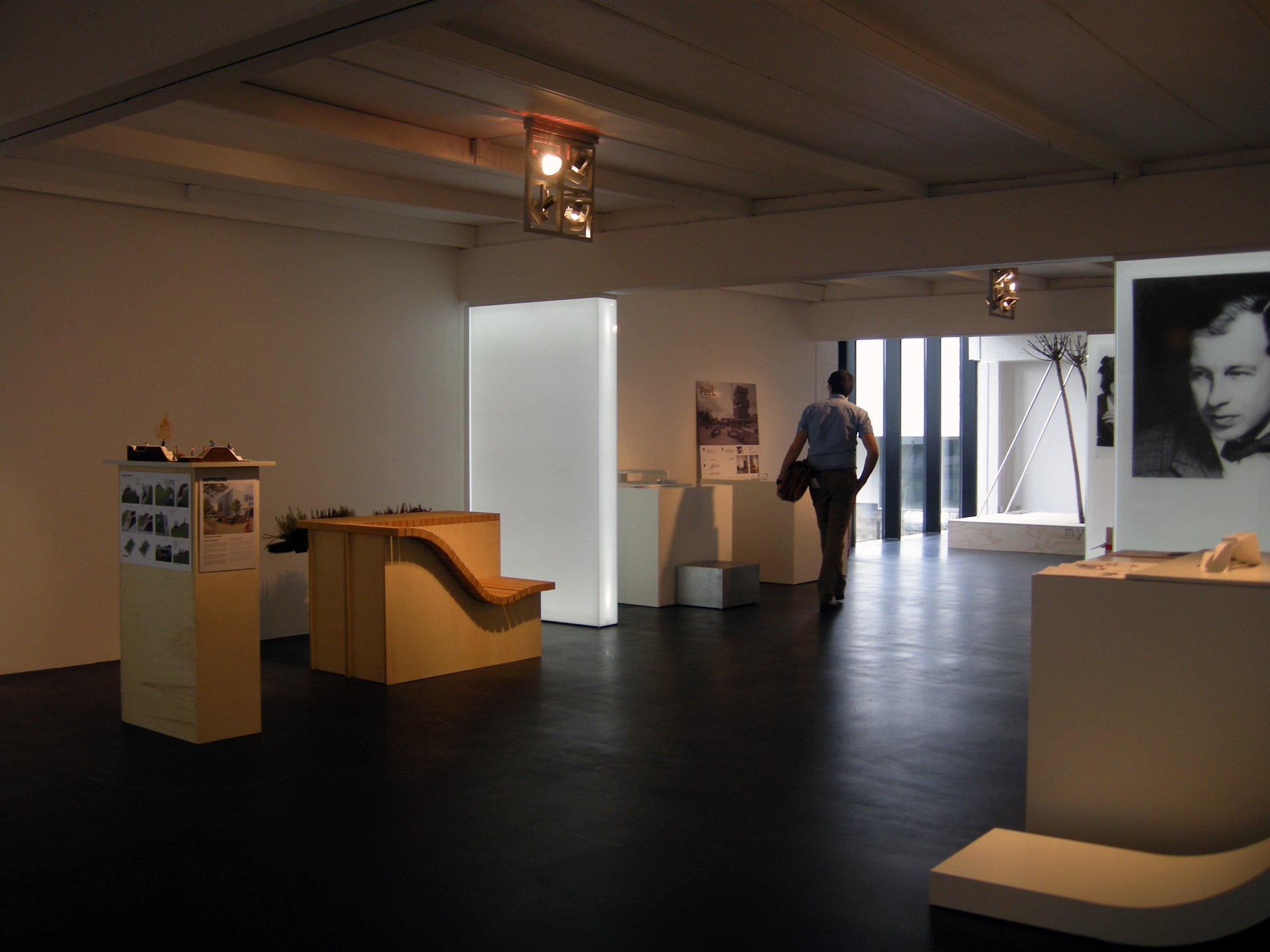 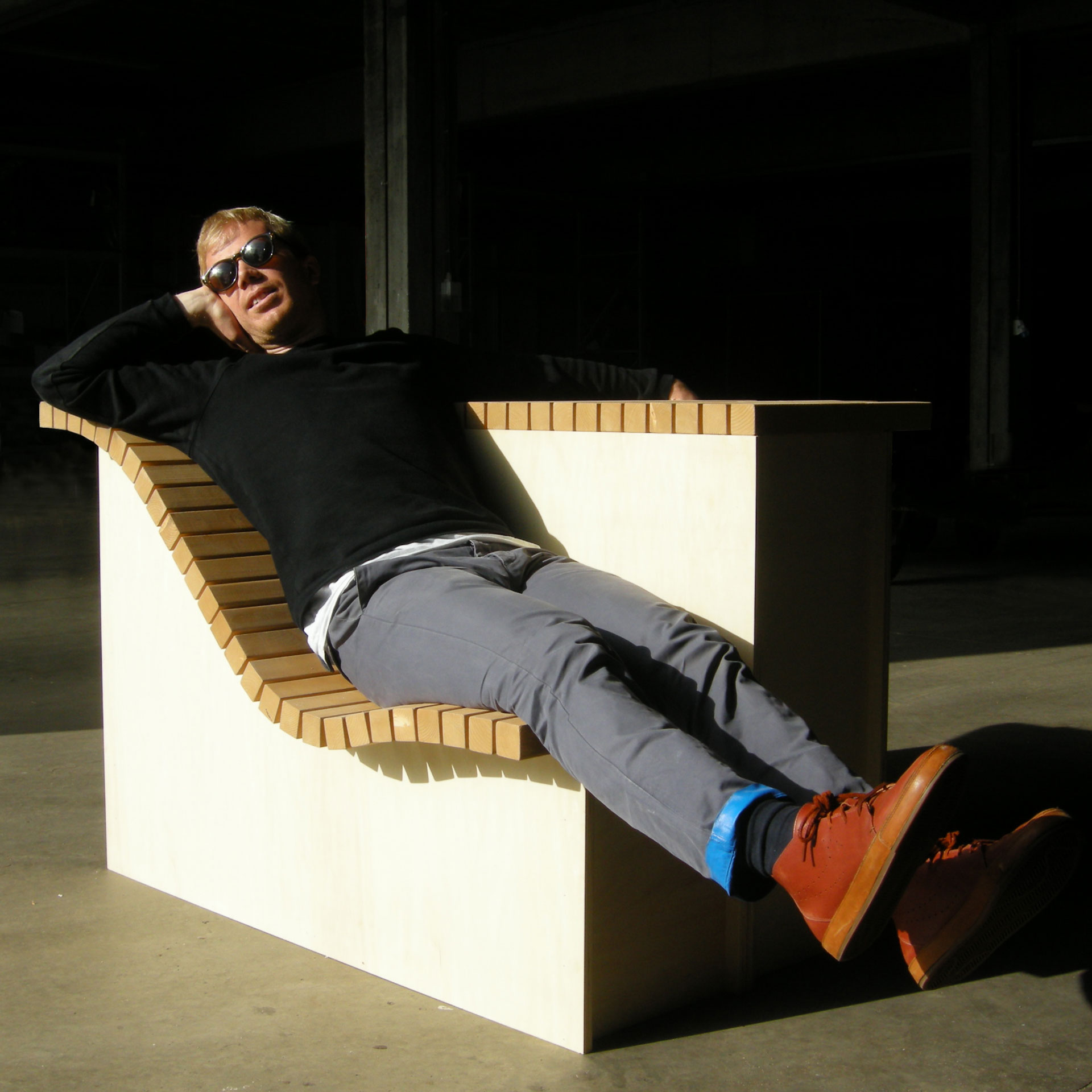